Cell phone radiation is the emission of electromagnetic radiation from cell phones.

These electromagnetic waves can be harmful to the human body, especially if they are absorbed by tissues or organs. The effects of cell phone radiation on the human body are not fully known, but some studies have linked it to cancer and other health problems.

The electromagnetic radiation emitted by cell phones is a type of non-ionizing radiation.
This means that it does not have enough energy to cause damage to cells or DNA. However, some studies have suggested that long-term exposure to this type of radiation may be linked to certain types of cancer, such as brain cancer.

Children are particularly vulnerable to the effects of radiation, as their bodies are still developing.

Protect Yourself from Cell Phone Radiation

There are a number of ways to protect yourself and reduce your exposure to cell phone radiation.

One is to use a hands-free device such as an earpiece or headset. This way, the phone is not held close to your head. Another way is to keep the phone away from your body when it is not in use.

For example, you can put it in a bag or purse instead of your pocket. You can also buy a cell phone case that has been specifically designed to block radiation. 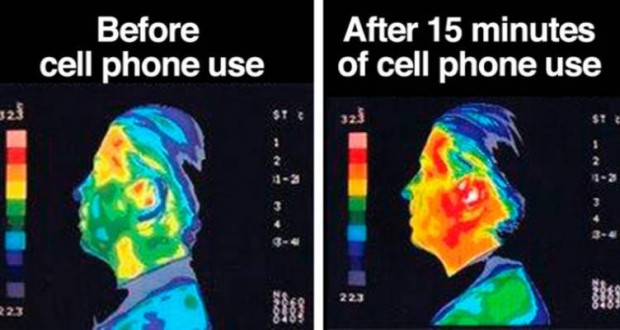 A recent study found that men who keep their cell phones in their pants pockets have a significantly higher risk of developing infertility.

The study found that the radiation emitted by the cell phone can damage sperm and that this effect is most pronounced when the phone is kept in a pocket close to the groin.

While more research is needed to confirm these findings, it’s definitely something to be aware of if you’re trying to conceive.

Experts say if you’re trying to get pregnant, it’s best to keep your cell phone out of your pocket.

Could a $4 Antidepressant Be the Key to Defeating COVID-19?

Do This to Stay Healthy in Your Senior Years